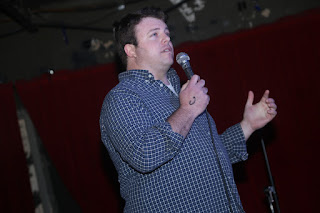 Jesse Barben is a writer and comedian from Albuquerque, New Mexico. His written work has appeared in Gallows Hill, Coffin Bell, and Dark Fire. He has opened for comedians such as Ramon Rivas II, Jasmyn Carter, and Derek Sheen. He lives with his spouse and three small children in an apartment that is far too small. For booking and all other inquiries, please contact: jessebarben@gmail.com.

I started this site as a simple blog called "Busy Busy Busy" (a Kurt Vonnegut reference) in 2008 because my journalism professor told me print media was dead, and I'll be darned if he wasn't exactly right. I started doing my own illustrations in 2010.

A sample of my comedy stuff is found on my YouTube channel. My comedy bio is:

Jesse Barben is a comedian from Albuquerque, NM. He explores the discouraging process of growing up with stories about his various failures as a father, working professional, and college student. Jesse got his start in the rural potato town of Rexburg, ID before spending time in the Cleveland, OH comedy scene where he was a featured performer at Make ‘Em Laugh Mondays. He has opened for comedians such as Ramon Rivas II, Jasmyn Carter, and Derek Sheen. He has performed at Caroline's in New York City and is a previous winner of Albuquerque's First Fridays Comedy Contest.

The first time I got on stage was playing bass in a pop-punk band as a teenager. I still play guitar in a punk band with some other bored dads and I love writing and performing songs.

I enjoy reading and absorbing different types of pop culture. Here is an exhaustive and ridiculous list.

I love ufology. I am not fully convinced myself, but the people who study UFOs are the coolest. Roswell, New Mexico is one of the coolest places ever. I recommend going if you get the chance, and if you can make it during the UFO festival, that is the best time to go.

I once won a blue ribbon at a county fair for a lemon meringue pie I baked. Weird, right? Sometimes I bake things. I wish I was good at making, like, healthy snacks instead, but I am what I am. 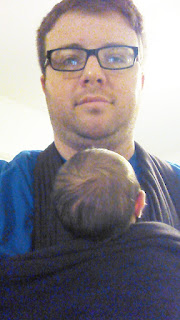 I have a beautiful wife, two sons, and one daughter. Doing the family thing has been surprisingly good so far. (This is only one line in my bio, but it is what I spend the bulk of my time doing and informs every ounce of my creative output, for better or worse.)

I'm pretty squeamish about digital privacy (listen to Note to Self!), so I rarely post pictures of my family.

Growing up I wanted to be a writer, stand up comedian, and rock star. I ended up a social worker/accountant because growing up is about having your dreams demolished. As you can see, I still try desperately to do the others when I have time. My creative interests outstrip my time and talent. And the internet distracts me a lot.

I'm a liberal and a registered Democrat and I try to be politically active and do my civic duty.

I belong to the Church of Jesus Christ of Latter-day Saints. I don't talk about it much here, but if you have questions you can always contact me.

Contact me if you need to know anything else. I am an open book, more or less.