That’s Not Music!-“I Took A Pill In Ibiza” by Mike Posner

This week's song: “I Took A Pill In Ibiza” by Mike Posner 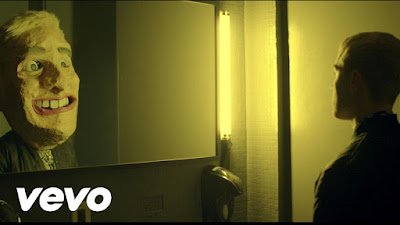 Chart Position (as I write this): #8 and climbing

Amount of Times I’ve Heard This Song (Estimated): Not very many, as far as top 40 pop songs go

Instrumentation/Structure: There are two versions, the SeeB remix, and then the original acoustic version with its "Subteranean Homesick Blues" video. Both are equally cool in my opinion, almost like different sides of the same coin. The SeeB version has an instrumental hook that sticks in my head.

Unforgivable Lyric: "I took a pill in Ibiza" and "You don't wanna ride the bus like me"

As a father I obviously can't endorse the taking of random pills to impress your friends. And, no offense, but I don't think Mike Posner actually rides the bus. People aspire to become pop stars so they don't have to ride the bus. And in the first few lines he already said he drives a sports car, so which is it, Mike? Where is the internal song logic?

All that being said, I really like the song. I particularly like the SeeB remix because the music is happy and upbeat but the lyrics are kind of sad and melancholy. I love that kind of contrast, it's something that The Police -and later, Sting- used to do really well. And, as always, many points awarded to Mr. Posner for writing his own song. I never liked Mike Posner's other songs in the past, but this one was a pleasant surprise.

My kids’ opinion: My 4-year-old loves it. He sings the melody line for a few hours after we hear it. 1 year old couldn't care less, but that's pretty typical.

My opinion: Maybe I will dislike it after a thousand repeats on the radio, but for now I enjoy it. I don't change the station.


If you please, leave a comment and let me know what you think about this song or my review.
at 6:00 AM

Email ThisBlogThis!Share to TwitterShare to FacebookShare to Pinterest
Labels: I took a pill in Ibiza, Mike Posner, pop songs, That's not music!, top 40

That’s Not Music!-“No” by Meghan Trainor

This week's song: “No” by Meghan Trainor

Chart Position (as I write this): #3 and climbing

Amount of Times I’ve Heard This Song (Estimated): Enough to know I don't want to hear it one more time

Instrumentation/Structure: The harmonies and basically everything about this song reminds me of Destiny's Child/early 2000s Beyonce. Unfortunately, Meghan Trainor is not Beyonce and it's 2016. The hook sits on top of a lonely little break beat and it's just thin and irritating.

Of course I don't disagree with the sentiment of the song: don't harass women. Love it. The song has Meghan Trainor's trademark lyrical gimmick/well worn cliche worked into a mediocre hook, which is irritating in and of itself. A decent melody will cover a multitude of sins for me, but this song doesn't have even that. If you have a monotone hook, it should have a cool cadence, right? This one is like morse code: "My name (short) is (short) No (long)." Over and over. It reminds me of "My Name Is," and now that I'm thinking about it Eminem and Meghan Trainor really quite similar in that they are good imitators but their final product is only an imitation of something that is good (Antimetabole! Or maybe chiasmus! Not sure).


My kids’ opinion: Indifferent. They don't protest when I change the station.

My opinion: I just really can't stomach it, and I have pretty low standards. I immediately change the station.

Other Notes: Meghan Trainor is the Nickelback of pop/R&B.


If you please, leave a comment and let me know what you think about this song or my review.
at 9:00 AM