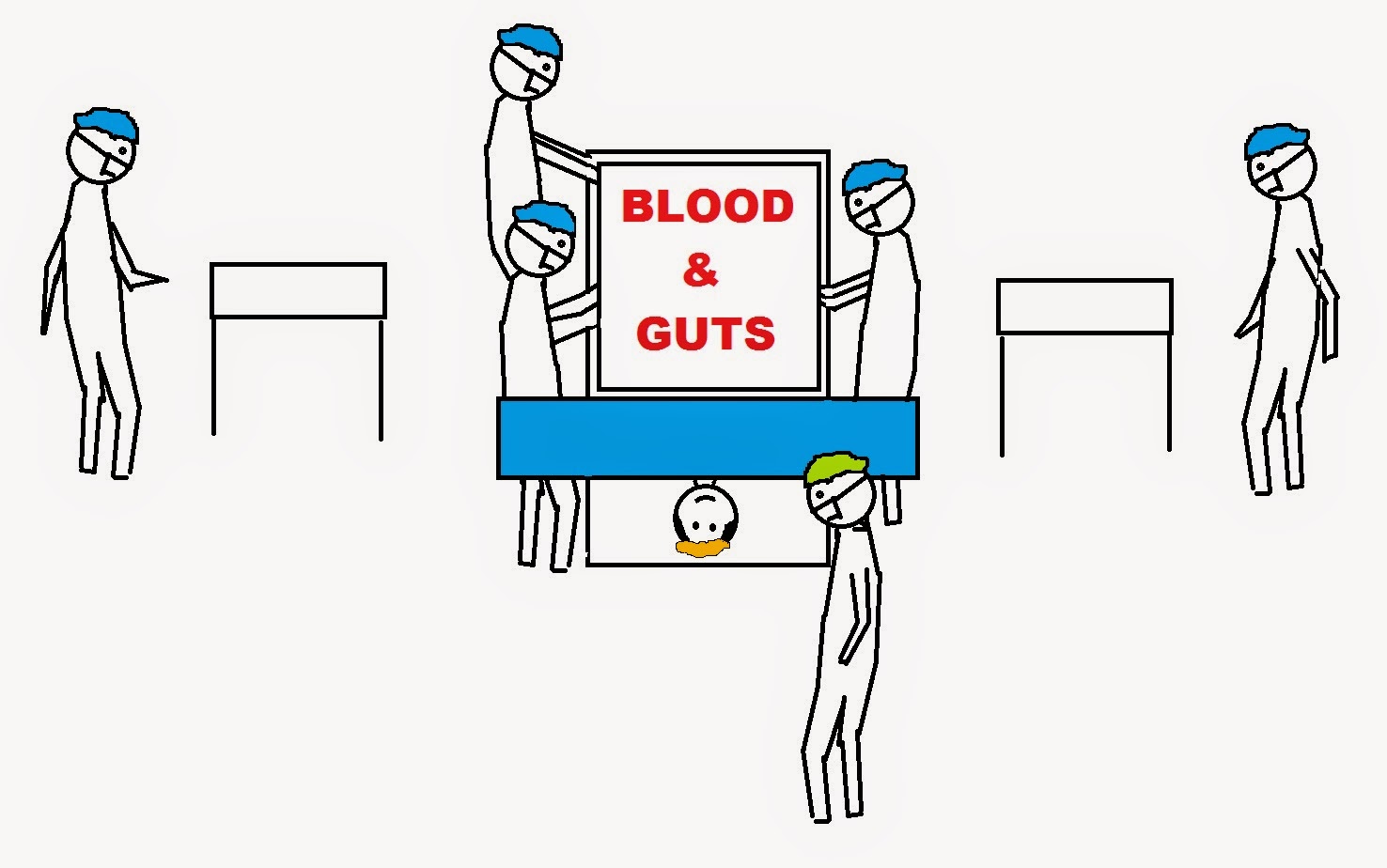 My wife had Baby #2. She labored like a champ for a day and a night and I just want to mention that for most of the time a woman is in labor in a hospital, there's no doctor there. The nurses say there's a doctor there, but there isn't. They say things like, "The doctor says to increase your pitocin," but it's an illusion, like the Wizard of Oz. The doctor might have called on the phone or whatever, but they're nowhere near that hospital. They might roll out of bed and drive over in their Mercedes if things get wild, but until then: we all know there's no doctor.

When a doctor did finally arrive she congratulated my wife on all of her hours of labor and announced that the baby would need to be ripped out aka "delivered via cesarean section."

When we were in the operating room the OB and her staff we're just talking away about the stupidest things, such as: "Have you tried that new burger place? You can get a bacon cheeseburger with a fried egg on top, and then a chocolate milkshake with bacon bits in it.”

I wanted to shout, “Can you idiots please focus!"

Right here I wrote some more details about the c-section operation, but it's just a drag so I edited it out, which is not to say I'm not glad my son is here, because I am, even though he still looks like wrinkly old man. Through the whole bloody ordeal my main thought was: There has to be a less violent way to make people.

My wife was upbeat and serene and it got me thinking. Moms go through all that pain for their child, who they don't even know. He could grow up to be a murderer or a lawyer or a Republican for all they know, but they do it anyway. That level of selflessness and sacrifice blows my mind.