Junior issues an order OR The attitude stage 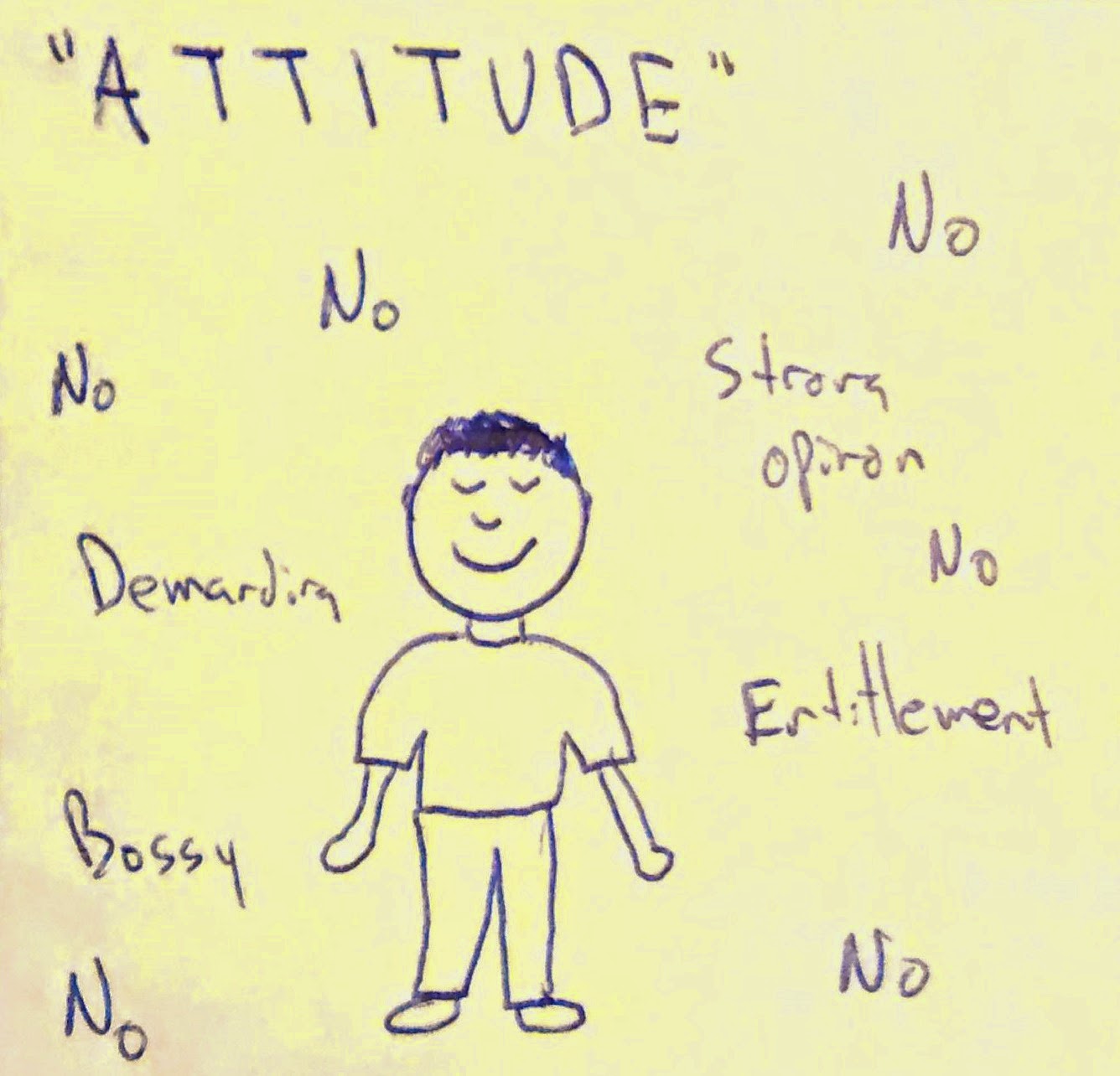 We take our son to all of the regularly scheduled medical checkups and our pediatrician was always talking about developmental milestones, but there is one fairly significant milestone that he never bothered to mention. Here today I will go over it with you so you are not totally blindsided like we were.

According to Science, a child's developmental schedule looks something like this:
That's right: "Attitude." It includes having strong opinions but becoming upset when others also have opinions. For example, when driving in the car and listening to the radio your toddler might exclaim, "I don't like this song," or when you're skipping a song he may yell, "I like that song!"

Their default answer is "NO!" Not "No, thank you," or even just "No." My son doesn't even listen to the question before saying no. For instance: "Do you want to get some ice cream?" His response: "NO!" (beat) "Um, yes."

There is also some entitlement that toddlers develop. The other day he wandered in from watching Cars, looked at my wife and I, hard at work in the kitchen, and said, "Grilled cheese," and then he wandered back out to watch more Cars. Like he was in a restaurant placing an order. If it hadn't been so cute, I would've been furious.

When I was young we would ask my mom what was for dinner and she'd say something like, "It doesn't matter because we're having what I made and you're gonna eat it and if you don't like it you can get a job and buy your own groceries and make your own dinner!"

And I used to think, "This woman has lost her mind."