The other day I was talking to an expectant father and I said something stupid and conversational like, "Are you guys all ready for the baby?" (as if one can ever be ready for something like a baby) and he said "Yeah, man, we're all set. We're just going to, like, love it and stuff."

My first thought was: Don't laugh in his face, that's rude. My second thought was: This guy is not nearly as scared as he should be. 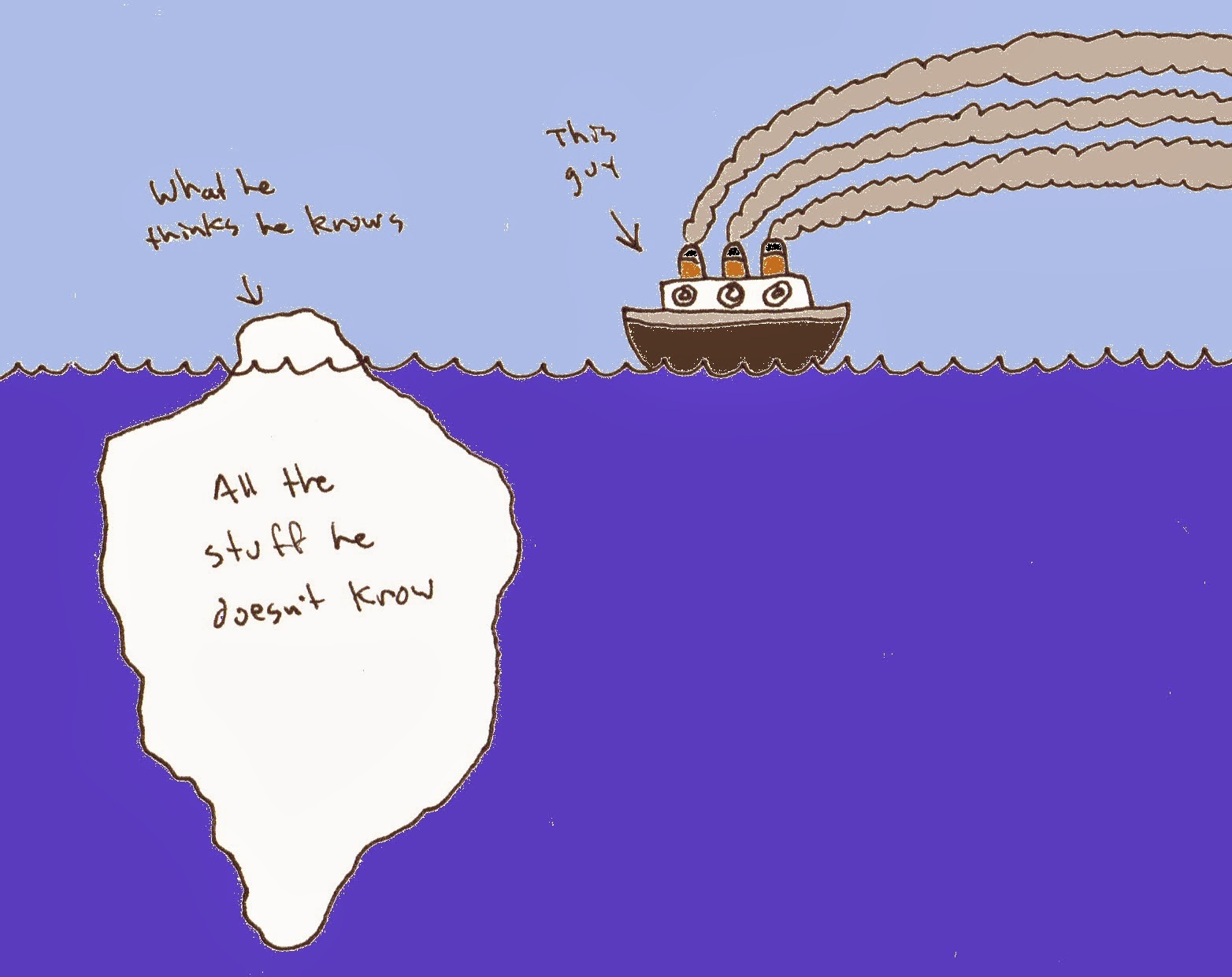 Cocky as he is, I get why he thinks that. There's no way to really prepare yourself for child birth and having a baby. You can read up on it, but I think a good rule of thumb is that approximately 95% of books and blogs about parenting (including this one) are total rubbish. You can talk to your friends who have already had kids, but the 95% rule also applies there. Even if you do find some source of pure parenting wisdom, there is no amount of abstract words spoken into the air or lying impotently on a page that can prepare someone for the miracle/disaster that is having a baby.

Basically, you just have to let parenthood come and crush you like some kind of avalanche and try not to lose your mind. However, I've thought of a few ways that the expectant father can prepare:

First of all, hire some people to beat up your wife. Have them really kick the crap out of her. If you think there's a risk she might have a cesarean (and there is because most docs are pretty liberal with the scalpel) you can ask your hirelings to bring a switchblade and cut her up. Then duct tape yourself to a chair so you can't move and then watch helplessly as all this violence transpires against the person you love most and know that there is absolutely nothing in the universe you can do to help. That's good preparation for the labor and delivery process.

Next, don't sleep for at least six months. To help you do this, get an IV that constantly drips adrenaline and fear into your bloodstream, and then get an alarm that is the sound of a miniature person screaming bloody murder and set it to go off every hour or so. When you do fall asleep, let it be anxious, fitful sleep tortured by stress nightmares.

Finally, go out driving in a blizzard on black ice and be sure to wear a blindfold. As you spin out of control and possibly to your death, savor the feeling and get used to it. From the moment we first stepped into the hospital until now, almost three years later, there has never been even one moment where I've thought, "Everything is under control." NEVER.

Simply put: A baby will ruin your life. I don't mean forever, I just mean the life you currently know that includes sleeping in, coming and going as you please, and having spending money is OVER. You get a brand new life, and some would say it's a better life, myself included, but it bears not even a passing resemblance to your old life.

The only true advice I have for an expectant father is this: Good luck, sucker.
at 5:10 AM


Fun fact: You can run three times more errands by yourself than you can with a toddler. Did you know that? For example, by myself I can do the all the grocery shopping, go to the post office and go to the bank in the time it takes me just to walk to mailbox with my toddler.

He loves to run errands with me. So I have to take him along, or else leave him weeping and wailing with my wife, and then have to face her after I come back.

The main problem I am having is that running errands with a toddler includes getting him dressed, a problem compounded by winter weather. He can shed all of his clothes in under five seconds, and it doesn't matter how many layers or how long it took to get him dressed, it always takes him only five seconds to be stark naked just at the time we need to run out the door. It goes like this: 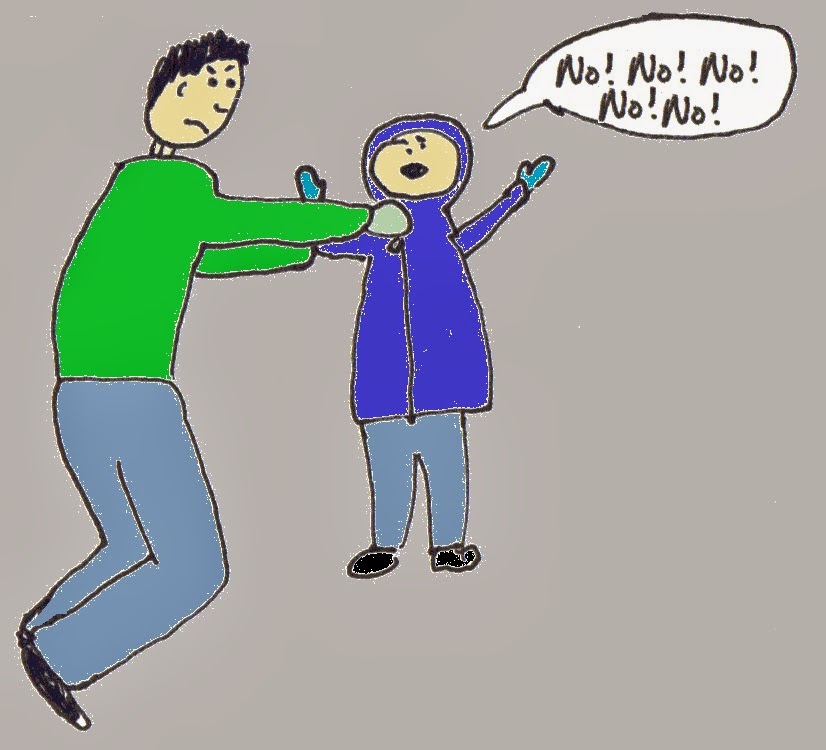 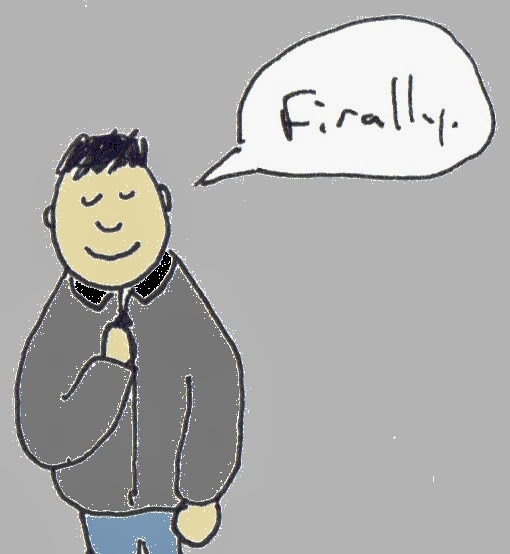 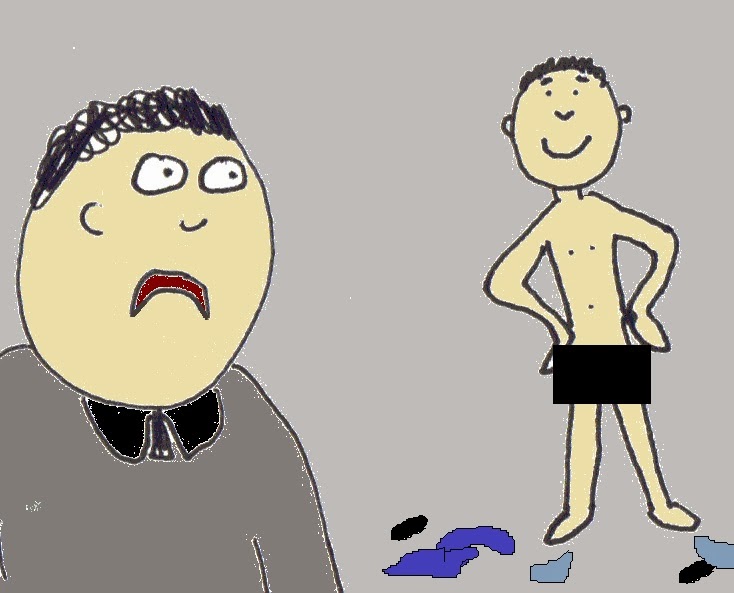 As I put his clothes on for the second, third or nineteenth time I try to reason with him: "But it's cold outside. You'll freeze and die if we don't put your coat and hat on." But we all know that trying to reason with a child of any age is pointless.

He puts up such a fight that one day I finally snapped and said, "Fine! Run outside naked into the snow and ice and see how much you like it!" 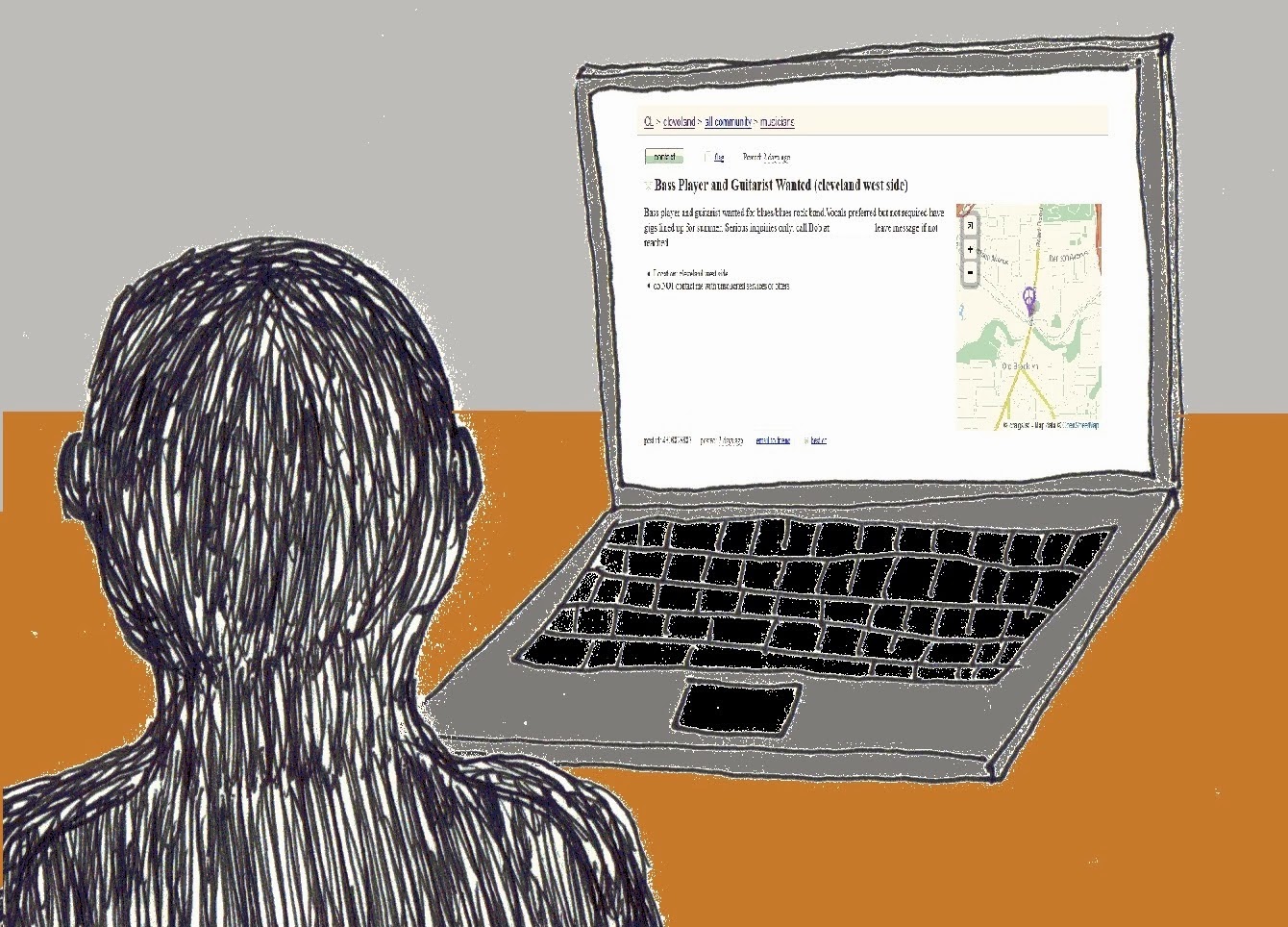 Since we've moved I miss my old band and I miss playing shows, so I went on Craigslist and found a band who needs a guitarist.

We set up a time to "jam," which is essentially a band blind date where you go and play some music together and kind of try it out to see if you play well together. But it's Craigslist, so it could really just be a murderer trying to lure me into his murder trap. Maybe it's a serial killer who preys on lonely musicians in their early thirties who want to relive the glory days. I don't like being murdered, but I do I like playing music. This is the dilemma one runs into any time one uses Craigslist: Cheap couch or grisly death? That couch looks pretty sweet in the pictures, and it's only $25! I'm gonna risk it.

I tried finding a band on Craigslist a couple of months ago. I wasn't murdered, obviously, but it didn't work out. They were all in their early 20s and were like, "We're gonna practice three times a week and play shows every Friday and Saturday and we'll all pitch in money for some studio time and buy a tour van and we're gonna get signed and make it big!"

If I had met those dudes ten years ago, I would've said, "I'm in!" without hesitation. However, at 31 all I could think was: "The music industry doesn't really work like that anymore and I have a wife and kid and I'm a full-time student and I don't have time/money/energy for this."

They were also smoking copious amount of weed, which is fine for them. However, I'm 31 with responsibilities and I can't exactly be smoking weed on a weeknight when I have to go home and put my son to bed. I don't need him asking me, "Daddy, why do you smell like pine cones?"

I had to tell them that I had a great time on our band date but they were not my type and I was just not interested, which is always awkward.

So I'm gonna try it again with this new band and hopefully it will be fun. If you don't hear from me for a while, it's because I'm dead. Please report me as a missing person to the Cleveland Heights Police Department.
at 4:00 AM