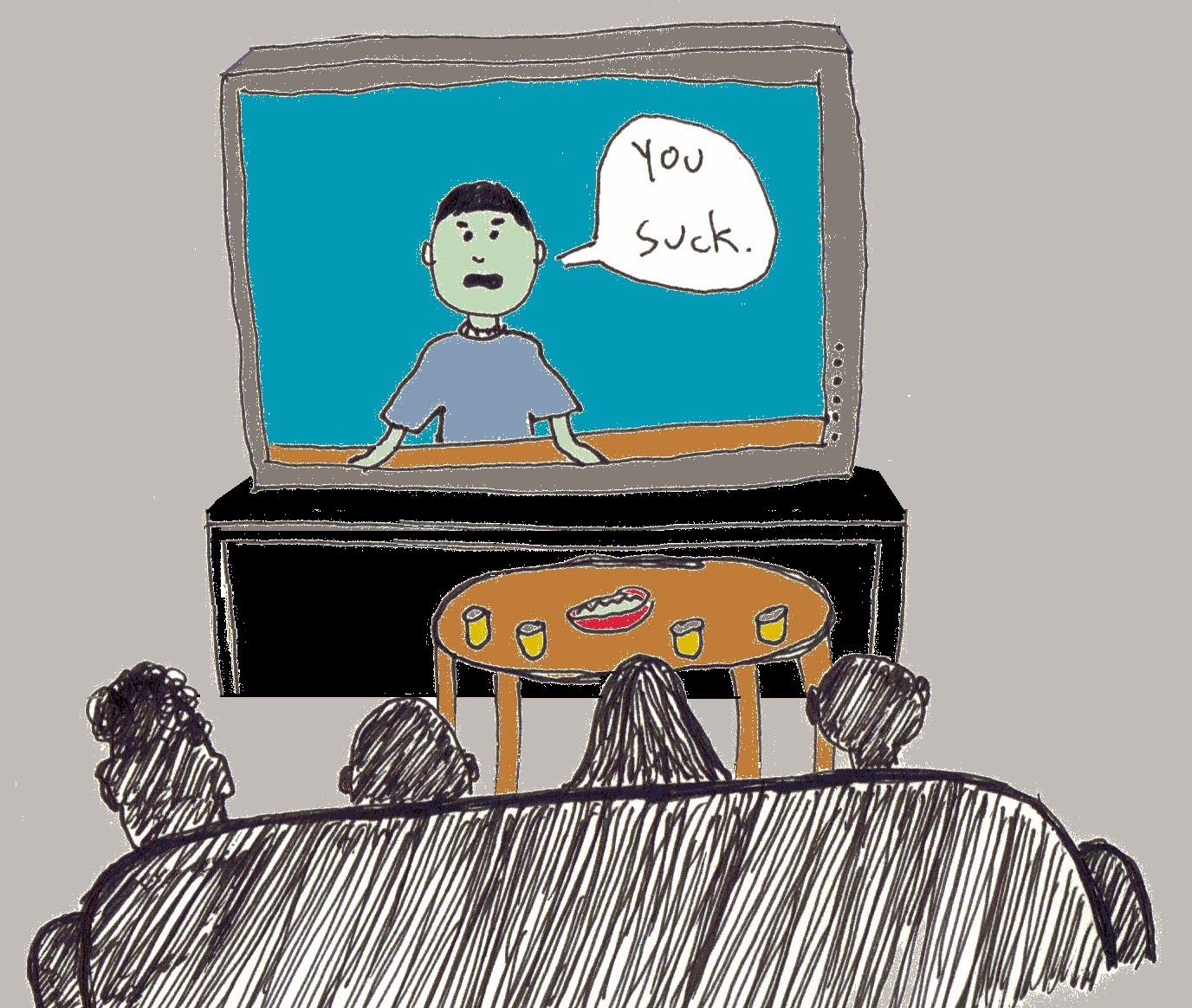 The Super Bowl is coming up and I've been having this fantasy about buying a few minutes of ad time and just listing off a few people who have done me wrong over the years and insulting them on national TV. I don't follow football but I do know the Super Bowl is, like, the biggest TV event in all of America and pretty much everyone watches it.

Not that many people have done me wrong, mind you. Just a handful, and in most cases I've been able to stop being angry and forget about it. However, there are a few times where someone made me feel stupid or powerless on purpose, and those are the people who deserve a Super Bowl diss.

All I want to do is go on camera and name them by name and say something like, "John Doe, YOU SUCK." That's all. Besides the satisfaction I think I would get from saying it, I also like the idea of them sitting in their living room watching the game with their family all around eating chips and salsa when they hear me say it. I picture their family all turning to look at them like, "What did you do to drive this guy to pay all this money to insult you on TV?" Or maybe they'd just say, "That guy's crazy."

Mostly I'm joking about this whole thing, but maybe it would make me feel better. Or maybe I'd feel hollow inside and regret it. Either way, I'd need a lot of money for the ad and to hire some lawyers to tell me if I'd get sued for libel, so I won't be able to do this anytime soon.

They say the best revenge is living well, but I'm still a broke student, so until I start living well I'll just have to make do with Super Bowl insult revenge fantasies.
at 4:00 AM