Thomas's Toyetic Tyranny OR A Marxist Critique of "Thomas & Friends" 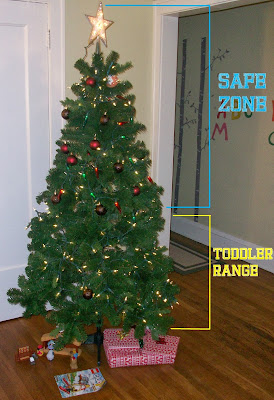 The semester is over, the madness of finals has passed and I am enjoying the holiday season. My son is two and a half, and he is way more into Christmas this year than last. He can also reach way farther than he could a year ago. You will notice that after only having our tree up for a few days we had to move almost all the ornaments up and out of his reach.

It hasn't been hard to decide what to buy him for Christmas. The kid LOVES Thomas & Friends. For those of you who don't have a two year old, Thomas is a show about the adventures of the eponymous anthropomorphic steam train and his friends who live on a fictional island. My son would watch it all day if we let him.

This was all well and good until my wife and I went toy shopping, where it turns out that every episode of Thomas is essentially a 45 minute toy commercial. My wife has always marveled that there are 90 trains on one island with approximately seven people. It must be a very robust economy; the recession hasn't touched the Island of Sodor. But when we got to the toy store we realized that they frequently introduce new characters so that they can sell new toys, which are criminally overpriced.

Marketing dudes get their hooks in kids early on. There's a knock-off show called Chuggington and those toys sit right by the Thomas ones. They cost half what the Thomas trains cost but my son won't go near them. The Chuggington trains are admittedly a little creepy-looking, but I think the real explanation is brand loyalty. My son is already indoctrinated to love Thomas exclusively. Well done, Thomas marketing vultures. Enjoy spending our money.

Aside from existing solely to sell toys, Thomas also bothers me on a philosophical level. In the show all the trains are extremely subservient to Sir Topham Hatt, a fat white guy who owns the railroad. They become borderline suicidal when he is displeased, and they are only happy when he approves of their work. It has a very propaganda-y feel, like, "Hey kids, your purpose in life is to be laborers and work really hard to please your corporate overlords." For example: Watch an episode called "Day of the Diesels." The Diesels, who are like second class citizens, complain about their working conditions and even stage a little rebellion which is promptly put down. Union Busting playset available now for $99.99. I'm certainly not the first to wonder about Thomas, but maybe I'm reading into it too much.

At the end of the day, we bought him the Thomas toys. He loves them. What are you going to do?
at 6:00 AM