To go back to where I was would just be wrong, I'm pressing on

We’ve finally done it. We got into grad school and as you read this we are moving to Cleveland, Ohio. We are beyond excited.

We will certainly miss the Southwest. We’ve both grown up here and spent the bulk of our adult lives in the Land of Enchantment. We will take with us as much green chile as we can fit into our luggage. We will also miss our family and friends.

On the other hand, we’ve been here our whole lives, so we are excited to see new places.

We’ve packed everything into a Uhaul. Our trip will be 1,446 miles and will take over 22 hours, not counting toddler freakout time. Pretty scary. According to Google maps we have to make around 56 turns, so I know we’re gonna get lost. Several times. Also, on our route there are several "toll roads." What are those? How do they work?

We are excited about all the possibilities, but with our excitement also comes fear of the unknown. 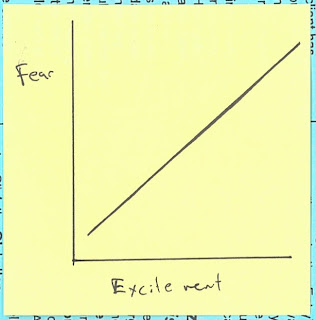 For instance, since we're from New Mexico - where it is sunny, warm and generally a hospitable place - we’re terrified of the winter in the Midwest. We may freeze and die. But nothing ventured, nothing frostbitten, am I right?
at 12:00 AM


Recently I’ve read a couple of manifestos posted online from people who proudly proclaim that they don’t want to have kids ever, and also an article about a restaurant banning kids. As a proud parent, it got me thinking...

To the No Kid manifesto people: I guess I don't understand why writing an internet manifesto is necessary. Maybe No Kid people feel like they have to write something to defend themselves because you have felt judged by the Pro Kid people, and that’s not right. There should be no judgment going either way. If someone doesn’t want to have kids, that is fine with me. I would never ask anyone if they plan on having children because A. it’s none of my business, and B. they might desperately want to have children but they can’t due to infertility or other issues, and way to bring it up, jerkface.

Something that bothered me in some of these online declarations were a few smug intimations that people who choose not to have children are somehow better or smarter than those who choose to have kids. I don't think that's true and I think we should all probably accept the fact that the Pro Kid people and the No Kid people have different ideas and expectations, and that’s OK. Some people want to have awesome careers and travel; other want to get covered in throw up and lose massive amounts of sleep. Some people think you can do both; others swear it’s one or the other. Either way: it’s fine.

Also, I imagine that No Kid people probably get sick of Pro Kid people always talking about their kids, and I acknowledge that we parents talk way too much. Sorry. Parenting takes up so much time – like, an insane amount of time – that your former hobbies and interests get pushed into the background. If I post too many pictures of my kid on Facebook, I’m sorry. I don’t mean anything by it. Just make it so I don’t show up in your news feed, that’s what I’ve done to any of my friends who post conservative gobbledegook.

To the restaurant people: I hear you, man. We’ve all seen nightmare kids at restaurants. However, there are lots of well-behaved children with parents who are trying their best, and they might want to come to your restaurant some day. Kids need to eat too.

It feels weird and a little discriminatory to me that some places are starting to ban children. If we’re banning people based on age, who else will be banned? “Old people are shaky and they spill everything, and they always forget what they ordered, so: BANNED.” (Hyperbole, obviously.)

Maybe these restaurants could do things on a case by case basis, like asking parents of unruly kids to get control of their kids or leave.

Or stop serving macaroni and cheese.
at 2:42 PM