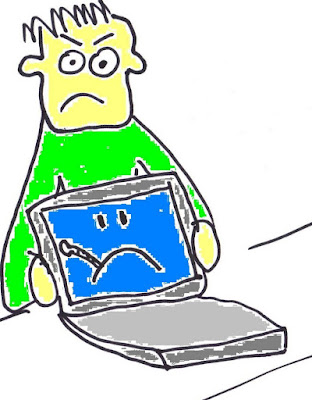 Like a lot of people, most of my work is done on a computer, and my computer is down most of the time.

I work for the State of New Mexico and they replace their computers every 20 years or when Halley's Comet appears. The computers go down with such astonishing regularity I have planned my week around the outages. In my work I also have to file and shred a huge amount of documents. I never set time aside to file or shred, I just wait until the computers go down and then I do it. It's a good system, and I am never behind on filing or shredding.

Also, the IT department is always “pushing” out new software updates which rarely work at first and bring the system to a grinding halt. And just when I have everything back in working order from the last push and all the bugs are worked out, they push out another software update and everything crashes all over again.

Honestly I think people probably got more done back before computers.

Anyone else have computer problems? Leave a comment, it's fun
at 11:23 PM 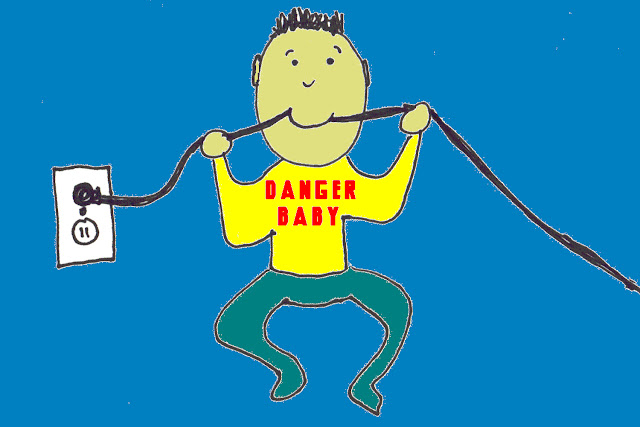 Our baby has an insatiable appetite for danger. We didn't find out about Junior's mile-wide daredevil streak until a few weeks ago when he started to crawl.

At first his attempts at crawling were funny. He couldn't get his all his limbs to work together. He was pulling himself along with one arm and pushing with one leg, while the other arm and leg just kind of flopped along uselessly. It was kind of like an office: one or two people are doing all the work, one person helps out on occasion and the last guy just surfs the internet all day.

But now he's gotten better at crawling and things just got real. We have to watch him every single second or he's getting into trouble. We live in a small apartment and at any given time he is only a 20-second crawl from something he's is not supposed to get into. I look away for an instant and he's trying to tip stuff over or eat something weird he found on the floor.

We've tried to baby-proof our house, but we've found that is nearly impossible. A "baby proof house" is like an "honest politician," "perfect man" or "leprechaun": it doesn't exist. Junior's favorite thing right now is cords, electrical cords in particular. If he sees something that is plugged in, that is the first thing he goes for and as soon as he gets hold of it he starts chewing on it. Electroshock therapy has fallen out of favor in psychology circles, but Junior wants to conduct more research, apparently.

Another one of his dangerous pastimes is trying to figure out how to escape his crib. He spends his nap time trying to climb, jump and tunnel out. One of these days he's going to succeed and fall right on his head.

What scares me the most is that he doesn't seem to have any fear. Take yesterday, for instance. Babies don't understand the concept of sleeping in and he thinks we wake up at 6:30 a.m. every day. When he wakes up at “weekday” time on Saturday we put him in the bed with us and he usually falls asleep again and we all sleep in. However, yesterday he stayed awake while the two of us fell back into new parent comas. He then proceeded to crawl over both of us and dive off of the edge of the bed. Luckily, our bed isn't very high up so Junior is ok, but he sure did scream.

The crazy part is, he'd do it again tomorrow if we let him.

Anyone else have a dangerous baby? Baby-proofing tips? Please comment, if you dare.
at 8:26 PM