No sleep 'til FOREVER 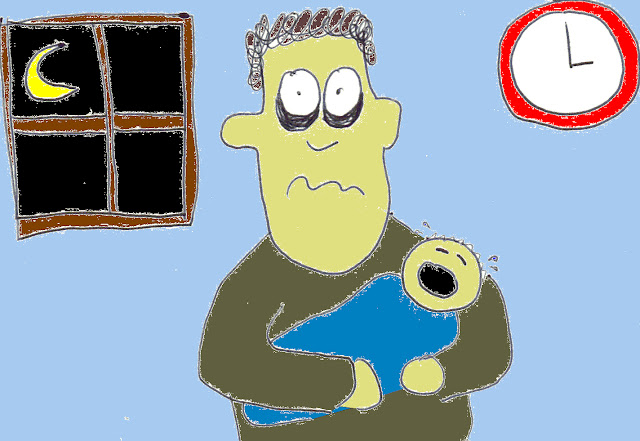 That's all that came out when I tried to write about our son in the first week after he was born. Sleep deprivation is a scary thing, man.

Where to begin? I guess let me say first that some people in the medical profession are angels, and others are the exact opposite. I've speculated about the nature of hell in the past, but now I know for certain that the innermost circle of hell is being stuck in a hospital.

And not to be cheesy but my wife weathered the whole delivery ordeal like a champ. I was in awe of her courage.

I had some serious buyer's remorse in the first few days. Many and crazy were the thoughts that ran through my fevered brain. Maybe there is a return policy, I thought frantically. We kept the receipt and he's barely been used, they'll take him back. Or maybe we can exchange him for one that sleeps.

I slept so little that I felt like a tortured prisoner at Guantanamo Bay. Did you know that a baby can be dry, fed, clean and burped and still inexplicably screech bloody murder all night long? On a baby crying scale from 1 to 10 (1 being a whimper and 10 being a vocal-cord-shredding blood-curdling wake-the-dead shriek) our baby will go from sleeping peacefully to a 10 instantly for no apparent reason. My nerves are shot.

“Your mother and I had a pretty good thing going before you got here,” I told him one night at 4 a.m. “We were nice and invited you here and you're technically our guest so you should really be on your best behavior. We gave you life and the least you could do is show a little appreciation and go to sleep!”

Babies are a lot of things of but reasonable is not one of them.

Everyone told us how hard it was going to be and we listened carefully and tried to prepare ourselves. But nothing can really prepare you for how hard it really is, except actually having a baby, but by then you're locked into an 18 year minimum commitment.

It's not all stressful. We, like, love him and stuff. We're happy he's here. He's also kind of cute, although at this stage he's still a little wrinkly. He looks kind of like a cross between an old man, Yoda and a gnome, in the most adorable way possible.


Anyone have advice for a new father? Had a rough time with your first baby? Leave a comment if you please.

Ready or not, here I come 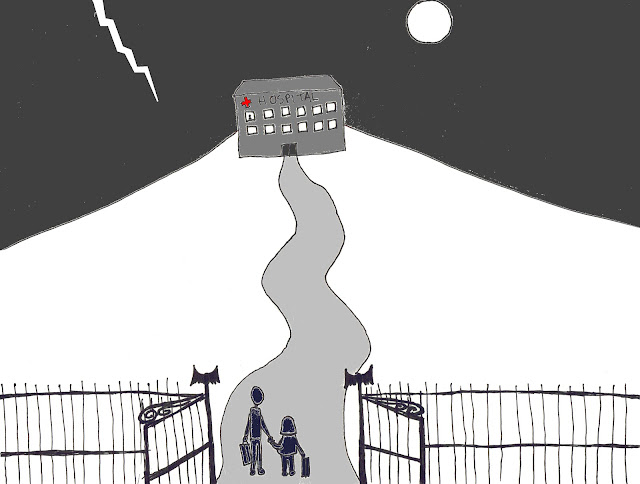 So the doctors think Junior is taking too long and my wife is scheduled to be induced tonight.
On the upside we know exactly when my wife will start labor, and an approximate range of time when she'll deliver. It’s like “Baby-On-Demand.”
On the downside we know that for this new part of our lives to start, the old, semi-carefree part has to come to an end. It's just hard to say goodbye to some of the things we've grown accustomed to that will be going away, such as: money, sleeping, time alone together, etc. Now we’ll have to reference everything as B.B. (Before Baby Era) and A.B. (After Baby Era).
For one last hurrah we went out and ate at one of our favorite places because we know with surety that our time as amateur foodies is coming to an abrupt and violent end once the baby is here. We did the math and all of our money that is not going to paying hospital bills will be going to pay for diapers.
Next, we went to the arcade with some friends, won a bunch of tickets and scored some sweet mood rings. We put them on and the color on both rings was stuck between “happy” and “despair.” Spot on.
Don't misunderstand: we're super happy and excited, but every time a new part of my life starts I have to whine about how “the good times are over!” It's what I do.
There are tons of things I'm looking forward to, though. I get to play with all his toys and teach him manly skills like unstopping toilets, changing car oil and firesetting.
And there will be other opportunities for me. I've already mentioned how my wife feels about drugs: she loves them. The pregnancy kind, that is. (She would want me to specify that.) She is eager to take as many as she can get her hands on during the delivery, so afterward she'll be a bit fuzzy and I'm going to trick her into all kinds of things.
I'm definitely gonna ask her if I can buy a motorcycle and she'll probably say yes. You might think it's messed up to trick your wife when she's at her most vulnerable, but she has refused to let me buy one when she's sober and doesn't understand that speed (and speeding tickets) are in my blood. She says I can buy one if she gets to do something equally dangerous as motorcycle riding, such as intravenous drug use with shared needles or bear wrestling.
We're headed into the hospital right now. I though about tweeting a labor play-by-play at @ourbabyisbetterthanyourbaby, but I think my wife would get annoyed.
“You're doing great, babe, keep pushing! I'll be right back after I post an update and some pictures!”
at 11:35 AM

Baby is on his way and hopefully he's not ugly 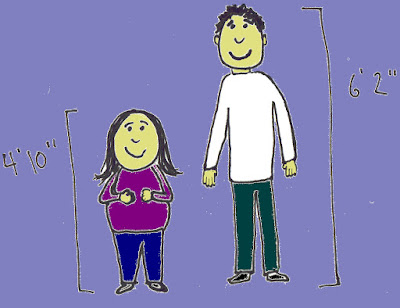 Our baby will be popping out any minute now and consequently my wife and I are freaking out.
It doesn't help any that he keeps flipping back and forth. He thinks he's some kind of eggplant-sized gymnast in there. Sometimes we go into the midwife and she says, “He's head down, you're good!” and the next time she's saying, “He's breech and you're gonna need a cesarean.” He is grounded the minute he comes out for all the stress he's caused us. This kid is ornery, and I know exactly where he gets it from: his mother.
And speaking of his mother: she is dying to meet him. Most of all she wants to see what he looks like. She is consumed with an unhealthy curiosity about this, and admit I am a little interested myself.
For one, we're not sure how tall the baby will be. My wife is 4'10” (she tries to add on some fractions but don't you believe it) and I'm 6'2”.
My wife is also worried that the baby will be ugly, but I keep telling her that if the baby is in fact ugly, we will be the last ones to know. Every couple thinks their baby is the cutest and most adorable, which is a result of evolutionary processes that help the human race survive. I guess a species is less likely to eat their young if they are too busy showing baby pictures to everyone.
I've also heard there are other evolutionary processes at work. A baby looks like the father for the first few months and this makes the father more likely to stick around and provide for the baby. Men are pretty vain, I guess. And if it looks like him, he knows the kid is his. Sounds like men are insecure as well.
Anyway, my wife was so curious that she uploaded pictures of the two of us into a sketchy, virus-ridden website that claimed it could show us what our baby will look like. I had a bad feeling about the whole business, and not just because of all the pop-ups.
“No good will come of this,” I warned.
But my wife is terminally stubborn and did it anyway. Soon there appeared on the screen an image so inhuman and horrifying that it looked like a cross between an evil gnome and Steven Tyler. I'd post it here but after seeing it my wife and I fled in terror and haven't been back to our apartment since.
Ultimately, I'm fairly certain this kid will will be ridiculously attractive. I mean, look at his parents. Hottest. Couple. Ever.
Has anyone else tried those babymaker websites? Don't lie! Leave a comment if you please.
at 6:59 PM