Beard, Bathrooms and Bears, Oh my!

Every time I use the men's restroom at work and go to wash my hands I am greeted by a light dusting of gray beard trimmings all over the sink. This means that one of my co-workers trims their beard in the public restroom and doesn't even have the decency to clean up their beard shavings. 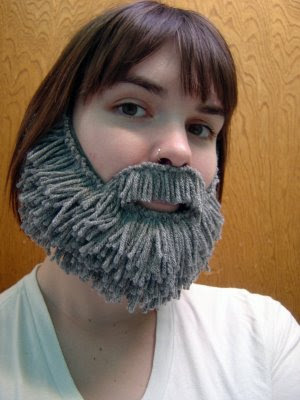 I hate washing my hands with beard everywhere, but mostly I hate being reminded that I share the space with about 15 other people. I like to pretend that I'm the only one who uses it but when confronted with castoff facial hair or an un-flushed toilet this illusion quickly evaporates.

Everyone knows that public restrooms are unsanitary. Dr. Dipak Chatterjee of India even said that public toilets are so unsanitary that it's better to use adult diapers, but most of us have to use them out of necessity. I just can't hold it a whole work day.

So I do my best to get by. First, I've tried to track down the beard trimming guy, but out of the 15 men that work in my office, 11 have gray beards, meaning there are 11 suspects. I now hold the clean shaven and dark bearded guys in higher esteem because they are follicularly responsible.

Also, let me say that the little paper “seat protectors,” so called, are a joke. I can't go while I'm sitting on a piece of wax paper. I feel as if I will slide right off the seat.

The most important thing a person can do when using a public restroom is lock the door or stall. At my work it seems like someone is always trying to open the door while I go. I guess we all feel the urge at the same time. They don't just gingerly try the knob, either. They try and break the door down like they are some horror movie monster and I'm the stupid teenager who picked a poor hiding place.

At one office building I spent time at each restroom was unisex and sealed with an electronic lock that all the employees knew the code to, so anyone could get into any restroom at anytime. Each restroom had a two-sided sign with one side colored green and the other colored red. To prevent awkwardness, people were supposed to flip the sign to red when they were using the restroom and green when it was vacant. However, people were always forgetting to flip the sign appropriately and walking in on each other (Yikes! Hey, Boss.) or waiting patiently at the door of an unoccupied restroom.

The good news is people are taking matters into their own hands. Jack Sims of Singapore has founded the World Toilet Organization which has a mission to improve toilet and sanitation conditions worldwide. He also has started the World Toilet College to provide training in toilet design, maintenance and sustainable sanitation.

I'm going to write the WTO and see if they can do something about my work restroom and I request a World Toilet Organization bumper sticker.
at 12:00 AM