To beard or not to beard OR Love can get hairy

Over the years I have had an on-again, off-again relationship with beards. I grow one, for some reason or another I shave it, then I grow it back again. So on so and so on ad infinitum.

It’s kind of like being in a relationship. When I don’t have a beard I’m thinking, Wouldn’t it be cool to have a beard? Beards are so awesome. It’s been a long time since I had a beard. I kind of miss it. 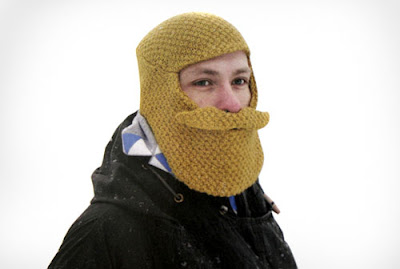 But after I grow a beard it’s like, Man, this kind of itchy, annoying and makes me break out. It’s actually more trouble than I thought it would be. I miss the carefree beard-less days.

At first having a beard is cool. My beard and I go and do stuff together and have a great time. We go to movies and parties. We laugh together, we cry together. We start making plans for the future.

All of my friends inevitably have an opinion about the beard and inevitably share it without being asked. Some love it, some hate it. Some have had bad beard experiences and are bitterly anti-beard. Some wonder what I see in my beard, some think I should shave it into a goatee, some think I should just shave it all off. When I tell people I am just trying it out to see how it looks a lot of them tell me I need to just settle down and decide already because my facial hair waffling is annoying to them. Then I tell them it’s my face and I can do whatever I want.

Then, after much thought (or sometimes very little thought) I get crazy, squirt out the shaving cream and shave it all off. Sometimes I feel much better and sometimes I feel much worse. Either way it’s always hard getting used to looking at your own naked face in the mirror after you’ve been walking around with a beard for a few weeks or months.

After that I have to be clean-shaven around friends and co-workers who have gotten used to the beard and it’s awkward. They see the change but nobody wants to say anything. They are thinking to themselves, Is he happy about it? Was it mutual? Who shaved who? Did he have some kind of shaving accident?

Somebody will eventually get up the courage to ask what happened and then I have to re-hash the whole awkward shaving business all over again. I think about growing the beard again, but decide we’re better off as friends.

But after a while I’ll find my self thinking, Wouldn’t it be cool to have a beard? Beards are so awesome. It’s been a long time since I had a beard. I kind of miss it…

However, a beard can’t get annoyed and just walk right off your face, whereas a the other person in a relationship can do just that. Leave it to me to make an awkward facial hair love analogy.

One day I will find someone that I don't get sick of after a few weeks who also wants me around. That will be a good day.
at 12:00 AM