Get ready to look SO GOOD! OR Weight just a minute!

It's almost New Years and that means resolutions! Like every previous year I am resolving to lose weight but this year is different. This year I know the secret to permanent weight loss and I'm going to share it with you! 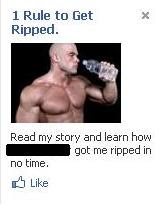 Ready? The secret to losing weight is there is no secret. It's just hard work and persistence. What a drag.

One place said, “simply replace your bad habits with good habits” like that is super easy to do. I promise that a salad is not even one tenth as satisfying as a pint of Ben and Jerry’s or some fried chicken. I also promise that running on a treadmill is not nearly as fun as watching television. Even watching someone run on a treadmill on television is funner than actually running on a treadmill. Incidentally, The Treadmill is actually a medieval torture device invented around the same time as The Rack and The Iron Maiden.

I used to be able to eat whatever I wanted until a little process called “aging” took my metabolism out into the street, blindfolded it, lit it a cigarette and shot it dead. If I eat something these days I can feel myself get fatter as I chew.

To make matters worse, the American market victimizes fat people. It sells them fatty, processed (and delicious) food until they are about to burst, tells them they are hideous at every turn and then turns around and sells them diet pills and exercise equipment. Where can my people turn? Everyone is trying to take our money.

I am NOT relieving overweight people of their responsibility for being overweight. Just because Burger King sells a 1,000 calorie sandwich does not mean that people need to buy it. Nor do people need to order said sandwich in a value meal that adds another 920 calories of fried potatoes and sugar water, bringing one meal to a grand total of 1,920 calories.

However, I AM saying that maintaining a healthy weight is very difficult.

One huge part of the economy helps people get fat while another promises to make them skinny again, all for a modest price. Throw in pharmaceutical corporations that sell antidepressants and a media that portrays impossibly underweight people on the opposite side of the unhealthy weight spectrum as ideal and there you go. Good luck, sucker!

The least these companies could do is be upfront with the people they are taking money from. For example, all exercise programs/machines/DVDs show “Before and After” people. In the “before” pictures the person is pasty and at least 100 pounds overweight, sitting on a couch, remote in hand. The “after” person is always a tanned, sexy, chiseled specimen in a leopard print bikini. For only $29.95 and as little as 8 hours a week? I think a lot other stuff happened between “before” and “after” besides the “Ab-Solution.” 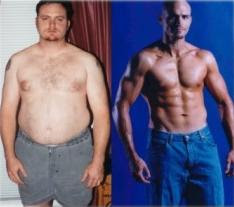 Sugar also makes it hard to maintain a healthy weight. I love sugar, but it is not good for me and is brimming with empty calories. I don’t really have a problem with sugar, though. I could quit sugar any time I want! I could also feed all of the hungry people in north America, cure cancer and get healthcare for everyone.

That’s right, I can’t quit sugar. Sugar is exactly like heroin except you don’t have to inject it and the government can actually regulate and tax sugar. I could quit sugar about as easily as I could quit air. I'd die and I'd take a few suckas with me.

Wish me luck and remember: never get between me and some chocolate cake.
at 12:00 AM