Another Halloween has come and gone and I find myself in a reflective mood. I've decided that when it comes to dressing up there are two types of people: those who LOVE to dress up and those who can really do without it.

I am, of course, the latter. I love Halloween but not costumes. I love pumpkins, fall weather and, most importantly, candy, but weird outfits are not my cup of tea, ok? Little kids dressing up = cute, adults dressing up = annoying. 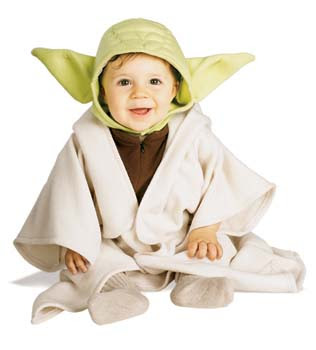 The “thrive on dressing up” group, on the other hand, starts planning their costume for next year the day after Halloween. And the weeks before Halloween they are always saying what they are going to be. These people might even go so far as to make a costume. Goodness gracious me.

The two groups cannot communicate either. The pro-costumers can't understand why other grown people don't get as excited about playing dress-up as they do. Don't get me wrong. If you like to dress up, by all means, dress up. Just don't make me do it too. I want to save my money for candy.

The main problem is costume selection is tricky. This year I thought about buying a bald cap and shaving my beard into a goatee and going to work as my office manager for Halloween. I figured this would either be a huge hit and he would be flattered or it would be a huge bomb and I would be on his crap list forever. I decided the risk was too big to take for a new-ish employee.

When dressing up on Halloween in an office setting you run the risk that no one else will come in costume and you will look like huge fool. Nothing ventured nothing gained, right? If this is the case you can just show how confident you are and proudly strut around the office, flaunting your Halloween spirit and youthful exuberance. Or you can call somebody to bring you a change of clothes and change in the bathroom partway through the day.

Some people did dress up. We had several very serious meetings that day and I had the hardest time keeping a straight face when discussing serious child welfare matters with Little Bo Peep, a French maid and a giant whoopee cushion. 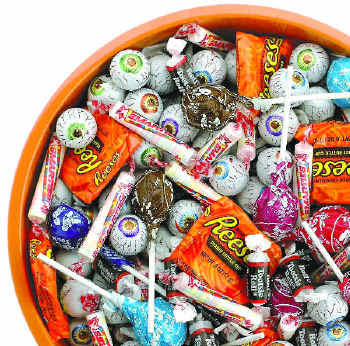 On Halloween night I was passing out candy and a little kid came to my door. When I threw the candy into his pillowcase he said, “Ugh, I don't want to eat that.”

What?! Have you ever heard that “Beggars can't be choosers,” punk? Pretty sure what you're doing right now qualifies as begging, so get the heck off my porch!

Last blog I smack talked white people for not giving out very much candy to trick-or-treaters, so I had to put my money where my mouth is and buy a grip of candy.

I poured all my candy into a bowl and when the kids would come by I would hold the bowl out to them and let them reach out some candy. That was a stupid way to do it, but I was laboring under the false impression that little children are innocent and sweet. Little kids are greedy, if you didn't already know. I didn't. Some of those kids pulled out ridiculous amounts of candy in just one little fist. Other kids weren't shy at all and grabbed with both hands, or took several handfuls.

By the end of the night I was having to ration the candy, one piece per trick-or-treater.


PS - "Tony Hillerman Week" is November 1-8. If you haven't read his stuff, you should.