Awkward is as awkward does OR Embrace the awkward

Public transportation, though, is kind of like the Holy Grail of awkward conversations, at least for me. Trains, buses and subways are where the awkward gather. 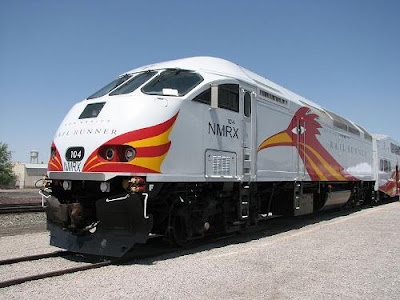 Me, I take the train to work. Compared to driving, the train is super cheap. So not only am I saving money, I’m also sitting in super cramped quarters with about 9,000 other people, approximately 14 people per square foot. People are practically sitting in my lap but I am saving money and being environmentally responsible.

And if 13 people in your personal bubble wasn’t awkward enough, some of the 13 are always very chipper and want to talk and talk about everything and nothing, unaware that it is six o’clock in the morning and you are sitting as close as a teenage couple on a drive-in movie date. 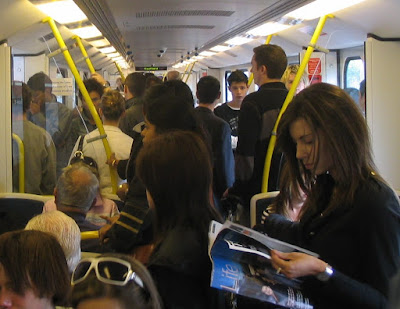 Most of these just like to hear themselves talk, I suspect. They are away from their cats, cellmates or drug dealers and just need someone to talk to. It’s not so bad because usually all you have to do is say “uh huh” in the right spots and let them ramble harmlessly on about their kids, political opinions and medical conditions.

Another group is the “too much information people.” These people have issues ranging from moderate to sever and are in need of a therapist. They can’t afford one, so some random guy on the train will do just as well.

One guy was telling me about his “relationship” troubles, how he and his girlfriend had been fighting. I became interested in spite of myself when he forlornly said, “It just hasn’t been the same since she got that restraining order against me.” He was optimistic, though. He followed up that shining example of “too much information” with “Every relationship has its ups and downs.”

A third variety of talkers just want to tell you how awesome they are. They want to talk about how they threw the state championship-winning touchdown pass in ’88, are the leading expert in their field and are really good with women.

Yes, sadly, this third group is predominately made up of men, but you can work this to your advantage because an extremely high percentage of people in powerful positions are people who love to hear themselves talk. If you can feign interest long enough, you can get in good with politicians, management and college professors.

I’ve found that a certain amount of awkwardness training is good, especially if you’re into dating. When an awkward silence comes along you have to decide whether to embrace it or try to navigate around it. You have to be pretty savvy (kind of an awkwardness connoisseur, if you will) to know which to do. You might never know when a solid background in awkwardness might come in handy.

Even if you have been dating someone a long time there are still awkward conversations. For instance, I dated a girl who was absolutely obsessed with the Sacramento Kings and that’s all she could talk about. I had to pretend that I gave a crap, which was positively exhausting.

A person who can’t handle awkwardness in conversation is the same person who ends up handling break-ups and other relationship problems through text messages.

Don't be that person.