My friends are good at being bad

My friends are all liars. That sounds harsh but it's totally true. Sure, they are liars with good hearts and wonderful intentions, but liars just the same.

Basically they tell me what I want to hear, because they are really good friends. Or are they? They mean well, but I can never tell what my friends are giving me: the truth, or the truth watered down a lot so it won't hurt my feelings.

For example: I was dating a girl named So-and-so and I thought she was great. Coincidentally, my friends all thought she was great too. She had a bunch of weird, red flags popping out all over the place but I couldn't see them because I was totally enamored with her and enamored with being enamored. My friends didn't say a word. Why do they let me run headlong into girls who are train wrecks? Because they don't want to hurt my feelings, those jerks! 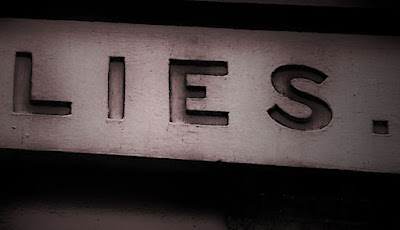 I started to figure it out when the lovely, sweet So-and-so and I would break up. Curiously, the same friends who agreed with me when I thought she was wonderful and flawless were now agreeing with me when I would grumble, cry and moan about how terrible she was. “Yeah, she was totally wrong for you,” they would say. Why didn't they tell me sooner? Oh yeah, my feelings. I don't think I would freak out and yell at them, but I can't be sure because no one has ever told me the truth.

Right here is where, in the past, I would've charged on ahead and raved about So-and-so, blissfully unaware that my friend does not approve but doesn't want to poop on my puppy love party. But now I'm older, and, I daresay, wiser. Here are a few euphemisms that my friends use to avoid telling the truth:

So forth and so on. Dating itself is kind of just one big lie, isn't it? A first date is essentially a lying contest to see who can get the other to believe a bunch of lies. 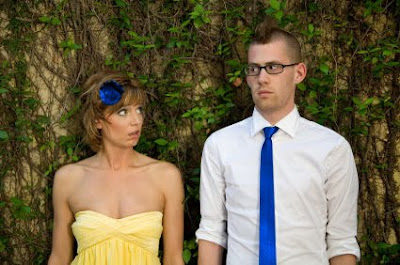 What you say: “For fun I like to run, bike, swim, kayak and climb mountains. My hobbies include vaccinating orphans with dirty faces in third world countries, neutering abandoned kittens at the local animal shelter and knitting scarves and woolen mittens for elderly people with bad circulation."

What you mean: “For fun I usually watch a whole season of The Office on DVD in one sitting, only getting off the couch when I run out of 'Chunky Monkey.' And that's about it.”

I'd like to say I'd never lied on a first date but it's not true. One time I was trying find some kind of common ground with a girl who I had absolutely nothing in common with. The tricky part was she was super attractive, so I wanted desperately to have something in common with her.

She started talking about music and I though to myself, “I'm saved! I love music!” Then she said, “I really like the band Chicago. I think their music is really great. Do you like Chicago?”

I won't tell you what I said, but the next time you Peter Cetera croon “You're the feeling in my life, you're the inspiration” try not to think about what a liar I am.