In life we often have mind-blowing experiences, experiences where our perceptions on life and the universe totally change. But I never expected my mind to be blown at the self-serve car wash.

But that's exactly what happened. When I pulled up, the only open spot was next to some pimped out Impala with flashy rims. Call it stereotyping, but the guy waxing it looked a little bit gang affiliated. I say this because he had on a bandana, sunglasses and a bunch of jewelry. He was also covered in tattoos. By “covered” I mean that, with the exception of his face, all his visible skin was covered with intimidating tattoos, like dragons, devils and naked women. They were even on places like his head, Adam’s apple and knuckles, all areas that had to have hurt like a high school heartbreak to get inked. I also think he had done steroids or lifted a lot of weights in prison or something because he was huge. 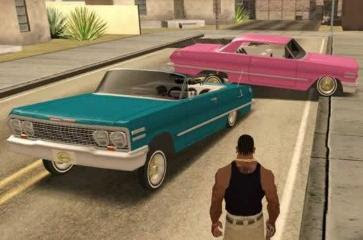 Hopefully I’ve established the fact that this dude was hardcore. And we’re not talking white wannabe gangster, either. This guy was a bona fide, hustlin’, real deal gangsta.

So needless to say I was a little bit intimidated as I parked next to him and started vacuuming my Geo Prizm. He had an iPod on the passenger seat that was pumping gangsta music through the loudest car stereo system I have ever heard in my life. It made the ground shake. It rattled the fillings out of my teeth.

But his iPod must’ve been on shuffle because after about three or four thuggish gangsta songs a Hootie and the Blowfish song came on! No joke! 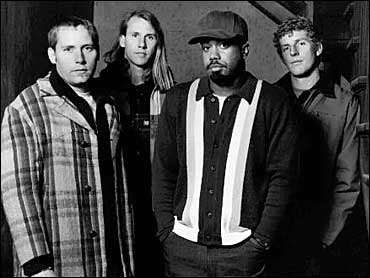 I looked up from my vacuuming in disbelief and the dude was scrambling for his iPod. He quickly changed songs and caught me looking at him. He gave me a look that I interpreted to mean: “I have a 9mm under my seat that says you didn’t hear anything.”

So I went back to my vacuuming and I am still alive to tell the tale, although I have to believe that when he is all alone that guy probably listens to Hootie and sings right along. I can just picture him belting out, “Hooooooooooooooooooold my hand.”

This logically brings me to the topic of super powers. Yes, super powers. Like when people ask each other stupid “get-to-know-you” questions like, “If you had a super power, what would it be?” I never used to know how to answer that question, but now I do:

I would be able to telepathically know people’s guilty pleasures.

Think of it! I could blackmail so many people, like, “You better give me that sandwich or I’ll tell the world that you own all four seasons of The O.C. on DVD and that you’ve seen Spice World 32 times.”

I could deflate snotty hipsters in a single bound, like, “You say your favorite band is Vampire Weekend, what about all those Nickelback CDs in your glove box? Hmmm? You rock those ridiculously tight jeans pretty well, but what about that signed New Kids On The Block reunion tour t-shirt you have hidden in the back of your closet?”

And of course, all my guilty pleasures would all be shielded from ridicule and automatically become hip. That is an essential part of the Guilty Pleasure Super Power.

That would mean I wouldn't have to listen to Lady Gaga really quiet in my room with the door locked anymore.
at 12:00 AM