Pop music has ruined me OR Don't sweep me off my feet, I have bad balance

I’ve been listening to a certain CD lately and it depresses me. I won’t say who it’s by, so I can keep a little bit of street cred, but all she sings about is “romance.”

It’s 13 of the mushiest songs you ever heard, 13 tracks of high school nonsense. Luckily for her, they’re also super-catchy. I guess the joke is on me because I find myself humming them all the time.

So why does it bring me down? Because the woman is singing about all kinds of messed up ideas about love and romance and she’s passing them on to other women. The dude she sings about “looks like an angel,” kisses like a dream and says all the right things to make her “melt.” Oh, and when he's not around she can't breathe. 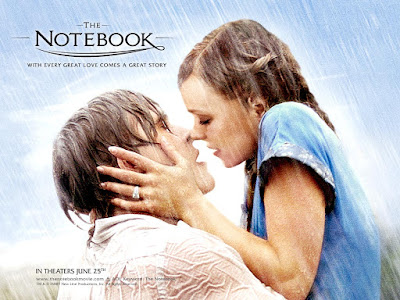 And the silliest thing she constantly sings about is kissing somebody in the rain. Why is this romantic? What is it about kissing and precipitation that makes it so great? Kissing + Being Soaking Wet = Romantic? I don’t see it. Does that mean I could kiss somebody in, say, an automatic car wash and it would be super romantic? I’m confused. 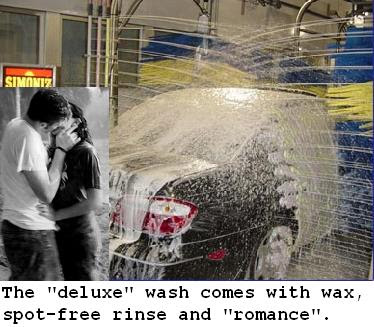 Why is it that when something is ridiculous that automatically makes it “romantic”?

These pop-music ideas get perpetuated in movies too. I realize that when you go see a movie you want a happy ending, that's why you pay $9. If you wanted reality you'd watch the news for free. I understand, all I'm saying is we need to understand the difference between fantasy and reality.

Once a girl did me pretty wrong, so I told her it was over. I had just gone on vacation and was enjoying my time off, when early one morning she showed up on my doorstep. Turns out she had harassed my friends, figured out where I was staying and driven over 12 hours to try and fix things. The exchange went about like this:

Her: I thought about what you said and I drove all night to tell you that I love you and that I want to be with you and only you!

Her: I wanted to see you as soon as I got here!

Me: So you bothered my friends, drove all night with no sleep, burned up, like, three tanks of gas to get here and you’re missing your college classes to wake me up? You could’ve just called. We have the same cell phone service, you know. It’s free. That makes a lot more sense.

Her: But isn’t this romantic?

No. “Creepy serial-killer-stalker,” more like. What would’ve been “romantic” is her being nice to me from the beginning. And not crashing my vacation. Consistently treating someone with respect, in my mind, is what romance really is. That way you'll never need extravagant (or creepy) gestures. I don’t think I will ever understand anyone with two X chromosomes.

She kept getting in my space too, expecting me to kiss her or something, because that was what was supposed to happen next in the chick flick that was playing in her head. But I just told her “No, thanks” and sent her on her way.

I think the popular view of "romance" sets a lot of people up for disappointment. People that have asphyxiating absences, look like angels, speak meltingly and kiss like a dream might make cool pop songs, chick flicks and vampire novels that get made into vampire movies, but I’m afraid they aren't found in nature. Just saying.