Did you ever know that you're my Guitar Hero?

I have a new roommate. Nobody told me another guy was moving in, he just showed up one day with all his stuff and started sleeping on our couch in his underwear.

I guess it’s fine. I’m never going to be able to sit on that couch again, but I’ll be fine. The new roommate seems like an OK guy, a little on the obnoxious side, but nice enough. I guess it just bothers me that no one asked me about it, let alone inform me that it was taking place.

I had to find out about it by asking one of my roommates, “Who the heck is the guy sleeping on our couch and can we get him some pajamas or something?”

But I guess he is here to stay, so I had better get used to it. I’ve only got four months until graduation, at which time I will move out and put this place far behind me, so it’s not worth arguing about. Plus, I’m too passive to initiate any kind of confrontation.

I asked another roommate why I wasn’t told and he said it was because I’m never around and I don’t ever “hang out,” which is true. That’s probably because I have adult responsibilities like a job, an internship and a full college course load. Fancy that. I’m also trying to have a social life outside of my apartment and Facebook. So yes, I will be out of the apartment from time to time.

The good thing is the new roommate does seem to blend in with the old roommates, so some days I don’t even notice he’s here. Often he’s just another dude watching sports while yelling at the television, playing video games non-stop and making huge messes in the kitchen. 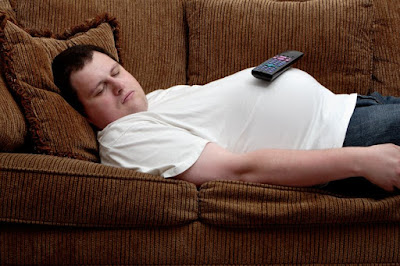 Oh well. I suppose I can console myself with the fact that at least I’m not as maladjusted as they are. For example, I was listening to some music the other day and the new roommate walks up and says, “I bet I can beat this song on Guitar Hero.”

Not knowing what the heck he was talking about - and feeling obligated to humor him - I said, “Oh, so it’s one of the songs on Guitar Hero, then?”

“No, I’m just saying that it if it were a song on Guitar Hero, I could totally beat it. On expert.” 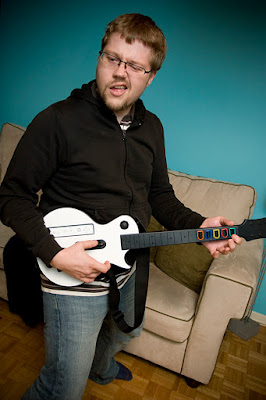 Right. I couldn’t help thinking that if he put the amount of time into practicing the real instrument that he does into playing Guitar Hero, he’d be Jimi freaking Hendrix. So I suggested it.

“Oh, no way!” he replied. “I don’t even like the guitar in real life. Plus, I don’t like to practice. Too much work. I just can’t identify with that kind of work ethic, you know? Doing something over and over and spending hours and hours of your life on it? That’s just stupid.”