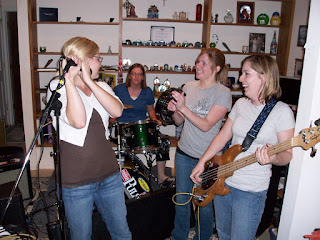 Yeah, it’s true. Country music is more irritating to more people than punk rock, as it turns out. Who knew?

When I was an angry teenager I wanted to make people mad. I got into punk music, partly because it is loud and fast, but mostly because it offends a lot of people. My mom hated all of the songs I listened to growing up because the vocals could only be loosely termed as “singing,” most of the lyrics were vulgar and they were all played at the same tempo of 1,000 beats per minute.

And once you’re into punk music you have to have get into punk fashion, meaning you rip up your clothes, put spikes and safety pins on everything and get a weird haircut, all equally annoying to parents.

Now I’ve mellowed with age and my tastes have diversified. To the horror of my parents and “punk” siblings, my horizons have broadened so much that I’ve even gone down that dark road called “country music”. I’ve even gone so far as to buy a few CDs.

I was playing some Brad Paisley the other day and my mom walked in and made an angry face. “Do we have to listen to this? I wish you’d only play this when I’m not home. Or out of the state”

My brothers and I were driving in my car and I was playing some Sara Evans and you’ve never seen people so upset. “What is this? Pull over! Let me out! I’ll walk before I listen to this crap!”

I still like to antagonize people a little bit, so country music is perfect for me because it is more divisive than religion and politics put together.

I think I will get a cowboy hat and some boots. That might send them right over the edge.
at 12:00 AM

Wedded world has a dark underbelly

Like Sting says, “I never made promises lightly, and there have been some that I’ve broken”. But instead of walking in fields of gold, I want to figure out what the heck is wrong with married people.

So the other day I was talking to a fifty-something customer and I told him that his oil change would be finished in ten minutes and he proceeded to freak out and babble incoherently.

“Oh no! I thought it was gonna take lots longer! I gotta get out of the house for longer than ten minutes! I just got away and I’m not going back. Maybe I could tell her I was at Jiffy Lube for two hours but go some place else. But she’ll know! She always knows!”

I hastily promised not to get married, ran like heck and never looked back. The crazy, fearful look in his eye will haunt me until I die, and some questions remained clogged in my mind: was this guy crazy, or was he dangerously sane? Most importantly, is marriage really that bad?

So I asked some other people about their marriages and was unsettled to find that, even though they all said their marriages were great, they all included some kind of disclaimer or caveat. Like, “It’s a lot of work” or “Sometimes it sucks” or “Most of the time we love each other, but sometimes we really hate each other.” Awesome. Sign me up.

I told my friend about this experience and he laughed and asked me why I haven’t gotten married yet. Feeling sarcastic, I told him that I haven’t yet found a woman who isn’t crazy. He looked at me incredulously and then burst into hysterical laughter, tears rolling down his cheeks and everything.

After he calmed down, he wiped his eyes and said, “A woman who isn’t crazy? You might as well be looking for a unicorn or a leprechaun because, like unicorns and leprechauns, sane women don’t exist! You need to save your time and money and just look for the least crazy woman. Once you find her you have to hurry and make her your wife or else you’ll be stuck with someone even crazier than she is.”

“Is your wife crazy?” I asked.

“Crazy as a loon,” he said, matter-of-factly.

He thought for a minute and said, “Yeah, I guess I must be.”

Sounds like I won’t be breaking that promise anytime soon.
at 12:00 AM

Oldest child gets even

I think my parents are masochists because they had eight kids. I was the first and because I am so awesome they had and adopted seven more, but being the oldest I got screwed.

I was pretty much a human guinea pig, I think all first children are. You get to be somebody’s crash course in parenting with the hope that your parents learn something and you survive. Then, whatever they learned on you they can apply to the other kids, if they are brave/foolish enough to have more.

In addition to being raised by experienced people, the younger kids have it better in a lot of other ways. The biggest disparity is money. My parents had me when they were in college so we never had anything. I played with jars full of dimes and empty spools of thread and dirt. Now my parents are established and doing pretty well for themselves my brothers and sisters rooms are overflowing with toys that all run on batteries. I can’t even imagine.

We drove the crappiest cars too. I can’t even count all the times we were stranded on the side of the road in some junk heap. Now my parents have nice, or at least nicer, cars that were manufactured within the last twenty years. And, the most important distinction between the two eras is that the cars of my childhood never had working air conditioning or were manufactured before air conditioning was invented. I’m just sorry that my brothers and sisters will never have the opportunity to take a road trip in the back of a non-air-conditioned station wagon because heat stroke builds character.

Now my parents are extremely liberal with their money, they practically throw it at my younger siblings. When I was a kid and I would ask for money my dad would say, “Do you think money grows on trees?” And I would think, “No, do you think I would be having this conversation if I could simply go outside and pick money off a money tree instead?”

So their parents have experience and money, and if that’s not enough the younger siblings can get away with way more stuff because my parents aren’t as smart, or maybe as motivated, as they used to be. My little brother Quinn got sick with the flu and discovered that when you are sick you get to stay home from school and get out of doing stuff. He’s well now, but whenever there’s something he doesn’t want to do or there are vegetables he doesn’t want to eat he just says he is getting sick. I’m surprised Old Mom hasn’t caught on, Young Mom would’ve gotten hip to that right away. Or maybe Old Mom is on to him but is too tired to care.

There are a few perks to being the oldest. For instance, I did learn how to swear very early on. My dad was really good at it when I was younger and so my development in that area was advanced. He has totally mellowed with age, though, and is not quite so articulate these days, so my younger siblings will have to wait until they get into public school to learn.

But advanced profanity aside, I do think I got the raw deal. Of course, when I became an obnoxious, self-absorbed, bratty teenager my parents used to say to me “Well, if we had known that cute little children grew up into this, we would have stopped having them! Now we’re stuck with a whole bunch!”

Man, I hate being misunderstood. A friend of mine just accused me of being “obsessed” with beards. Please. I have a healthy appreciation for facial hair but that does not mean I am obsessed. 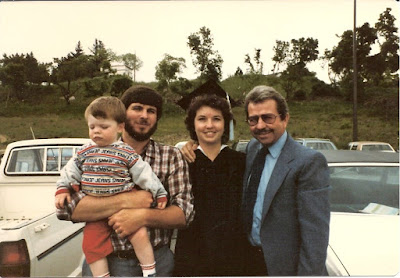 My healthy appreciation for beards started very early in life with my dad, who has always had a beard for as long as I can remember. My mom says she likes his beard because it helps to hide his double chin and look less fat. They have been married a long time.

Another reason why I like beards is because they have always been forbidden. When the celebrated day when I started growing facial hair did come, my beard never came to fruition because I’ve been restricted from growing a beard my whole life. First, in high school I worked at Jiffy Lube and they have employee grooming rules that state that no employee may have a beard. Then I was a full-time missionary, and obviously an awesome beard would clash with a suit and tie so I couldn’t grow a bead for another two years. Finally I enrolled at BYU-Idaho, a pretty conservative college with it’s own stringent grooming rules that ban facial hair. Why all the discrimination against beards, I’ll never know.

Aside from in between semester experimentation I’ve never had a beard and that is a tragedy. I am a full-fledged man without a full-fledged beard, so I might as well be a pre-pubescent twelve-year-old. 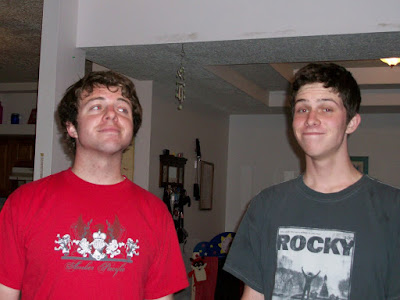 So when graduation approached I was never more excited for anything in my whole life. Not for graduation, but for growing a beard. I was fairly bursting with anticipation. My preparations included a countdown that started the month before graduation. I made a calendar where I peeled off a sticky note that had the number of days left until I could grow a beard. I told everyone I knew about my beard plans. I made a collage of people with beards. That is not “obsession,” that is called “enthusiasm”.

So I graduated and grew a beard only to turn around and get my old job back at Jiffy because I couldn’t find any other job. I did major in Social Work, after all. Maybe the beard and I are just not meant to be. 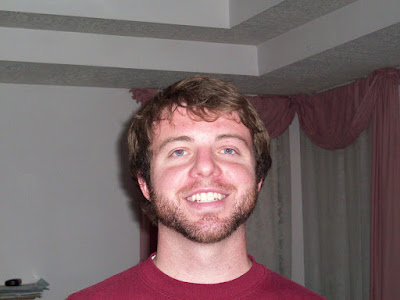 But let’s face it: beards are awesome. Mustaches are for molesters. The only way I would grow a mustache would be to protest something, like “I won’t cut this mustache until the war is over” and e-mail the president pictures of my creepy protest mustache. Goatees are for thirty-something guys who think they’re still cool and dudes who can’t grow a full beard. “Soul patches" are just gross. Dizzy Gillespie could pull one off but that’s because he had soul, see? So, if you are not Dizzy Gillespie or someone with an equivalent amount of soul, freaking shave that mess.

Beards are the only true form of facial hair. Anybody who’s anybody has one. Could Abraham Lincoln have led the country through a civil war and united the north and south without his trusty beard? No way. Could Karl Marx have come up with the Communist Manifesto if he were clean shaven? Not likely. Charles Darwin, Sigmund Freud, Jesus, Chuck Norris, ZZ Top; the list goes on and on. Wherever there is awesomeness, there is a man with a beard.

I hope someday I can grow my beard and finally become a man. Am I obsessed with beards? You be the judge.
at 12:00 AM